The Nissan Patrol Peacekeeper© is available by TRASCO in assault rifle protection VR-6 (B6 certified). It is used by UN and other organisations in crisis

areas all over the world. Since 2002 more than 200 Nissan Patrol Peacekeeper have been build. 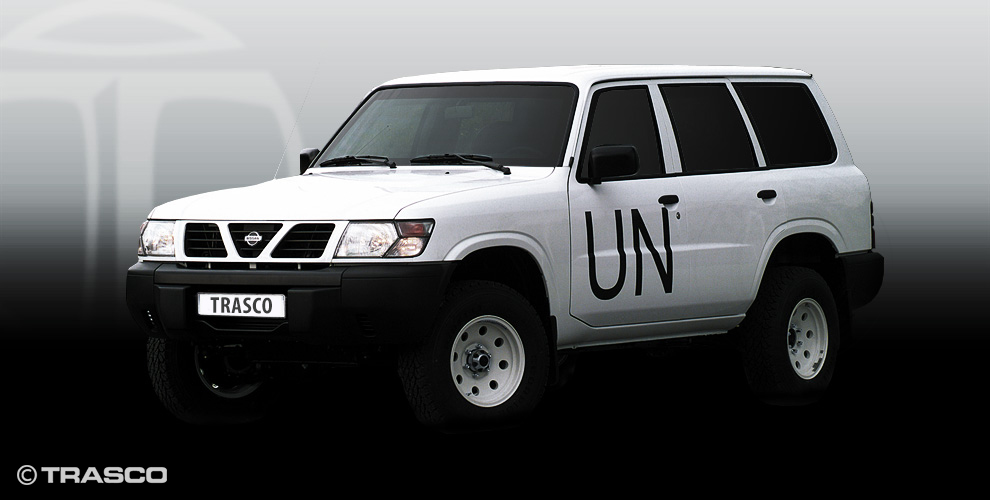 The TRASCO Peacekeeper is equipped with heavy duty shock absorbers and springs. The reinforced chassis and frame is equipped with additional body mounts for more driving stability. This vehicle concept is tested by the WTD 41, German army .

Special tires with an increased loadindex of 120 (1400kg) with on- and offroad performace.

Rim with proofen payload up to 1400kg, based on the increased weight of the armored vehicle, includes the runflat system for emergency driving with flat tires up to a range of 15 km with 50km/h speed.

Tested brake system according to the european guideline 70/320/EWG. Special manufactured havy duty discs, calipers and pads, despite the increased weight of the armored vehicle, keep the brake performance and reduce fading for all time safety braking