The Audi A6 can be armored by TRASCO according to the armoring level B4+ (VPAM Level 6).

Luxury AUDI vehicles are being armored in Bremen since an official OEM-Cooperation was agreed in 1989 with AUDI AG. In the following years the armored AUDI A8L (D2) was produced by our company for AUDI AG unitl Audi

decided to set up an inhouse armoring programm in Ingolstadt. Until today AUDI AG is being supplied with spare parts for the vehicles which were armored during the period of the cooperation and which are still in usage in various parts of the world. 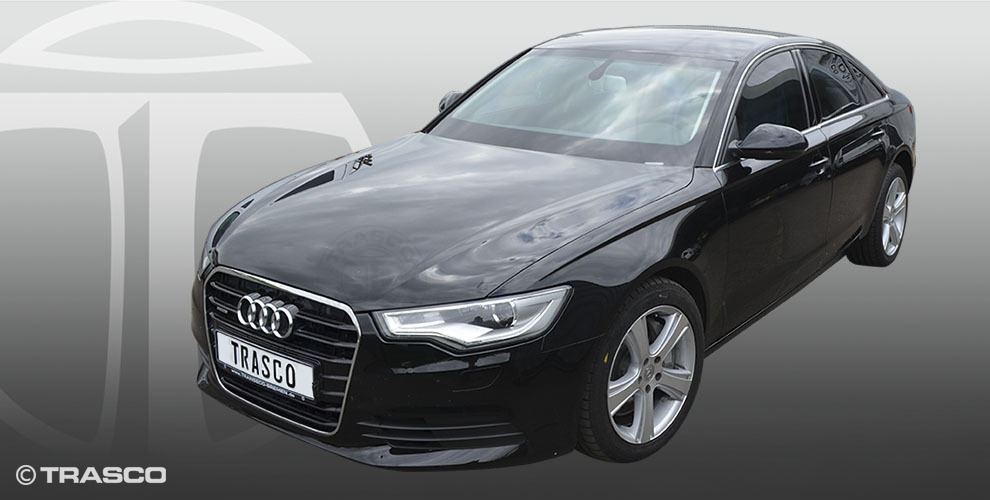 Armoring cage with A, B and C pillars and overlaps integrated in passenger cell

Armored trunk box for electronics, battery or other options

Special manufactured heavy duty discs, calipers and pads are being used due to the increased weight of the armored vehicle, which keep the brake performance and reduce fading for all time safety braking.

Due to the weight of the armored sedan or limousine, the vehicle is equipped with special tires with an increased load index.

Rims with special unique design and proven payload include the run flat system for emergency driving with a puncture up to a range of 50 km with 50km/h speed.